Would you like to switch to the accessible version of this site?

Don't need the accessible version of this site?

What’s the big deal about opiates? 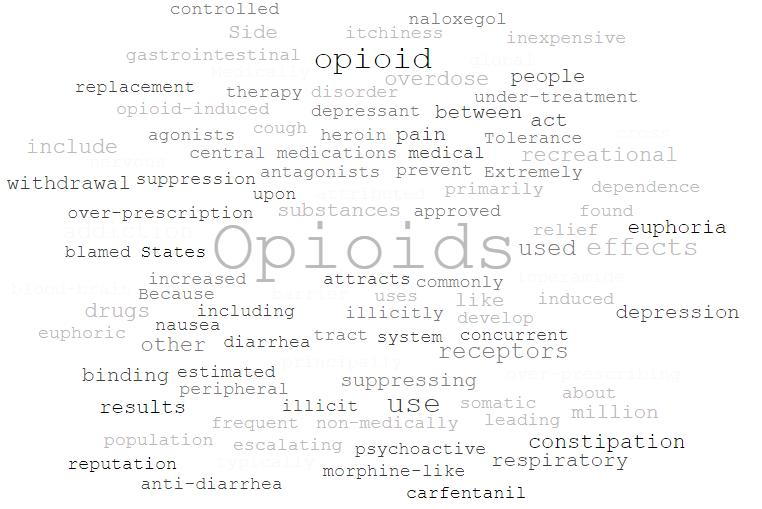 What’s the big deal about opiates? Why are so many news channels talking about opiates and what is the real problem?  Let’s start off by getting the big one out of the way.  Today, as a whole, we have an addiction problem with opiates.  This addiction problem leads to the more serious problem of overdose—which has become too frequent.

The Centers for Disease Control reports, “In 2015, drug overdoses accounted for 52,404 deaths in the United States, 63.1% of which involved an opioid. Among opioid-related deaths, approximately 15,000 (approximately half) involved a prescription opioid.  In addition, an estimated 2.0 million persons in the United States had opioid use disorder (addiction) associated with prescription opioids in 2015.”4

Most people will also have the mindset, “well that’s just some random fact right? That’s sad, I’d never become an addict;” however, what most don’t understand is HOW opiates work nor do they understand WHY people become addicted so easily.

Natural opiates come from a plant source called a poppy plant.  The sap from the poppy plant can be refined down into a drug, the two most common being morphine and codeine.  Those two while dangerous are the least of our worries.  The man-made versions of these drugs are in reality much worse. Forbes explains, “Fentanyl, a synthetic opioid, is 50-100 times more potent than morphine…and 25-50 times more potent than heroin.”1

Doctors prescribed opiates to help people with their pain—and opiates will help with pain; however, because of the mechanism in which opiates work; it can lead to a downward spiral into an un-intended addiction.  Opiates work altering brain chemistry and nerve receptor chemistry.  It does this by deadening the signal of pain which is what the whole reason of taking an opioid is.  It also has a few other side effects such as slowing important bodily functions such as heart rate, and respiratory rate.  In my personal opinion, the most dangerous side effect is that opiates produce a feeling of euphoria.  This is not a normal “feel good” feeling though, it is much more than that. The National Alliance of Advocates for Buprenorphine Treatment explains, “The highs begin with feelings of extreme euphoria and comfort unlike any feeling that can be obtained naturally.”  People get addicted to opiates not only because of this extreme feeling euphoria, but also because it takes away their physical pain—until it doesn’t.  Once the high is over and the drug has made it’s way out of the body, the pain returns; so another dose of the drug needs to be taken to take away the pain; however, with each succeeding dose, the potency is lessened; so, higher doses or more of the drug needs to be taken in order to achieve pain management.  The body builds a tolerance not only to the drug, but also to the feeling of euphoria; so the new “normal” mood is always in this euphoric state.  When the doctor takes the patient off of the drug, that mental state remains and the body goes into a withdrawal mode or (crash.)  The withdrawal is where people who are addicted end up searching for more of the drug to achieve their “normal” feeling, and eventually end up overdosing.

For this reason, opiates are becoming dangerous.  There has been an unintentional abuse of these drugs; however, not all hope is lost.  There are still many other options for pain control, some even drugless options including many of the things we do here at Arizona Chiropractic.  We treat many different kinds of pain without opioids with success.  Some of the conditions we can treat include: muscle aches, low back pain, neck pain, sprains, strains, mechanical back pain, headaches, and much more.  For more information or questions, please visit our office.

3 The National Alliance of Advocates for Buprenorphine Treatment. “What It Is Like to Be Addicted.” Accessed 1 May. 2018..